The 2015 IIHF Ice Hockey World Championship Prague is fast approaching and there are only a few months remaining.

There are two arenas for 2015 IIHF Ice Hockey World Championships in the Czech Republic – they are in Prague and Ostrava where the fans can find a lot of appropriate accommodation in different categories. There will be also the Fan Zones in O2 arena which is known for its safety and fun.  O2 arena belongs to the most modern arenas in the world with the capacity of eighteen thousand seats. Every year it stands for the place where a lot of attractive sport and also cultural events take place. It was open in 2004 when Ice Hockey World Championship took place in here. O2 arena can be found in the north-east of Prague, about ten kilometres far from the city centre.

The traffic between Prague and Ostrava

Enjoy Prague and get private Segway tours in Prague with us. Book your tour NOW or best price and discount HERE

Group A will be in O2 arena in Prague. You will enjoy the ice hockey teams of Austria, Germany, France, Latvia, Switzerland, the Czech Republic, Canada, and Sweden. The final division

Ice hockey fans – People from the Czech Republic are famous for their fondness for ice hockey.  They really love this sport and they are very good players for long years. For ice hockey fans and other visitor there will be a wide range of excursions, attractions and events. 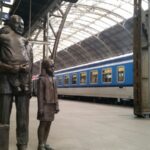 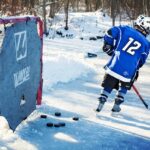 To do in Prague? Go to IIHF World Championships 2015