The Nazis burnt down the Czech village of Lidice on 10th June 1942. It was the act of revenge for the assassination of Reinhard Heydrich who was the prominent member of the SS. We remind the 73th sad anniversary of this event. In the same manner the village of Ležáky was burnt down.

During this massacre of Second Word War in Protectorate Czech and Moldau at Lidice 340 people were killed with most of the 203 women sent to the Ravensbrück concentration camp and many of the 105 children to a former textile factory in Poland and to extermination camp. Only 17 children and 143 women survived and returned home.

To the 73th anniversary there are installed exhibitions about destroied village at the European Parliament in Brussels.  This sad anniversary should emphasise that the terror and massacre of this huge size could happen anywhere and people should be aware of this fact. However, Lidice, were used by the Czechoslovak communist regime that grabbed power in February 1948 as a symbol of Nazi oppression, with the context of capitalist West Germany and the Western allies.

The attempt of the Nazi in Lidice

After the Nazi’s attempt to obliterate the village from the world map many villages were renamed to bear the name of this Czech village – Lidice. Last but not least a great number of women from different countries bear this name. There will be many memorials through the whole Czech Republic.

A new village was built near the original place of the burnt out village near to the town of Kladno, west of Prague, when WWII was finished for the returning women. However, Ležáky, that lied close the eastern Bohemian town of Chrudim, was not rebuilt again. 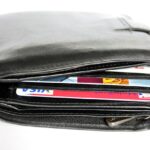 What currency do they use in Prague and Czech republic