Be aware of charity scams in Prague: the false collectors!

At the end of January the Prague Police dealt with the two causes of false charity scams collections. In the centre of Prague there are false charity collectors. They are usually the adolescent foreigners. We bring the useful tips how to behave properly to avoid the risk of being fooled.

Chatity scams:Pay attention to people who ask money from you

They can be false charity scams collectors who will not give the money to people who are in need. The first case took place in Zlatnická street on the 20 January 2016. The group of three charity scams young boys persuaded the passers-by that they are organizing the collection for handicapped people. To be more trustworthy they even hold the paper named Regional certificate for deaf, handicapped people and for poor people. We want to open the international centre. Thank you. The Police found out that they were the foreigners and only one of them was older than fifteen. The second case happened nine days later and the offenders were younger foreigners as well.

Charity scams in Prague: In case of unjustified collection the money call the police

The city police want people to pay attention for charity scams who ask them to donate money for charity. In case you suspect that it is the case of unjustified withdraw of the money call the city police or the state police on numbers: 156 or 158.

How not to be taken in charity scams

Every charity collection has to have the official approval which is issued by the appropriate country council. The volunteer who works in the street should have a copy with him. In addition, he should be able to show the power of attorney for the performing of the public collection. The power of attorney is issued by the corporate body who organises the collection. There has to be evident for which charity reasons the collected money contributes. The sealed boxed for money should not be damaged.

Read more about Scams in Prague with new website 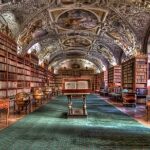 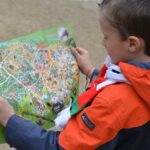