Enjoy Prague Weather in Summer with us

For most people the summer season is the most attractive part of a year for Prague Weather. And it is the same in the heart of the Czech Republic and this is Prague. The sun is shining and you can go out to the swimming pool and have a great time in here.

The heart of the Czech Republic – Prague – belongs to marine west coast climate and there are rain falls during the whole year. There can be traced four different seasons of a year – it is spring, summer, autumn, or winter. There can be said that the number of days in which there can be experienced rain is about twelve days in each month. However, the temperatures differ a lot in various seasons of a year. And in general it can be said that the summer is the hottest one.

The summer season for Prague Weather starts at June and it finishes in August. These belong to the hottest months of a year with the average temperatures 23 degrees Celsius. They are also the wettest one with the rain falls between sixty to eighty millimeters.

Temperatures of the summer season

The dust in the summer is around half past nine in June and August and at ten in the evening in July. The summer season for Prague Weather lasts from June to mid-September and the temperatures are from twenty to twenty-seven which is quite mild. The highest temperatures are from 30 to 35 degrees and sometimes it is even higher for a short period of the summer. Very hot is usually in July and August when there can be experienced showers and also thunderstorms. For this reason it is better to bring your umbrella with you to be prepared for rainy weather. 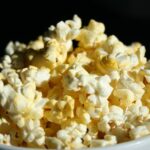