Prague which is picturesquely located on the Vltava River is an international city with a large heart. This is a city that is friendly, open and does not deny any kind of people. The capital of the Czech Republic is a cosmopolitan city which cans a lot to offer to the gay community with Gay Prague.

Gay Prague and its gay life

There is no need to say that people in Prague do not have to hide their sexual orientation and thanks to such events as Gay Prague Pride the acceptance of gay community and gay life in Prague is taken for sure.

Gay Prague Pride is a festival of pride of gays which is held in Prague since 2011 every year in the middle of August for about one week. There can be seen tens of sports or cultural events and the top of them means their pride parade that is also known as a rainbow parade. The Prague Pride is organised by different gay clubs and many people are dressed in extravagant costumes and masks and some of them are decorated with paintings. However, vast majority of the participants of the festival is dressed. The festival is supposed to be apolitical and non-ideological. The manager of the first free years was Czeslaw Walek. And this is a great example of Gay Prague and its gay life. 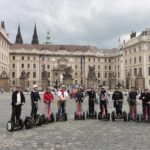 Segway Prague Castle tour with the view of Prague 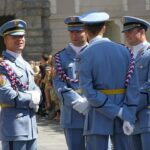