Lonely Planet: Prague is the pride of the Czech Republic

Prague has a temperate climate with chilly winters and warm summers. To the honour of Prague we can add the fact that it has the lowest unemployment rate in the European Union. Prague became a political, cultural or economic centre of central Europe. Prague was formed during the Romanesque, Gothic, Renaissance periods and it used to be capital of Holy Roman Emperors and so the Holy Roman Empire. After that Prague was significant city of the Habsburg Monarchy and after World War I – in 1918 – it became the capital of Czechoslovakia.

Lonely Planet Prague -The role of the city

The role of the city during the Protestant Reformation and the Thirty Years’ War was important as well as in during the WWII or the post-war Communist Era.

Lonely Planet: “Prague has a lot of to offer” – Prague has a lot of sights and places of interest, for example the Prague Caste, the Charles Bridge, Old Town Square and its Prague astronomical clock, the Jewish Quarter, Petřín hill, or Vyšehrad. The large historic centre became the part of the UNESCO list of World Heritage Sites in 1992.

The city can offer ten major museums, many theatres, galleries, cinemas, or historical exhibits. There is a wide range of private or public schoold, including Charles University. Its rich history and moderns spell makes its attractive tourist destination (with more than 4.4 million international tourists a year. 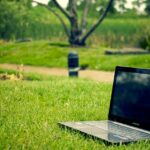 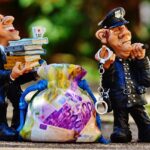 Be aware of charity scams in Prague: the false collectors!