Prague has its own unique spell, its sound, its mystery. And the Loreta stands for the sound of Prague. It is a marvellous place which was built in a baroque style and the Loreta monastery Prague was founded by Benigna Kateřina Lobkowicz in 1626. This magical place of pilgrimage is designed by a replica of Santa Casa (which is Sacred House – in other words a home to the Virgin Mary) in the Holy Land. There is a legend about the original Santa Casa. Santa Casa is said to be carried by angels to Loreto (which is Italian town) when the Turks were approaching Nazareth.

The replica of Santa Casa in Loreta Monastery

The replica of Santa Casa in Prague’s Loreta is situated in the middle of a courtyard complex that is surrounded by churches, chapels, and arcades. The inside is decorated with 17th century frescoes that show the life of the Virgin Mary and a silver altar with a wooden figure of Our Lady of Loreto. There are twenty-seven bells above the entrance to the courtyard (these significant bells were mad in Amsterdam in the 17th century). The bells play We Greet Thee a Thousand Times every single hour and attract a lot of visitors.

Church of the Nativity of Our Lord in Loreta Monastery

There is another important piece of Baroque architecture behind the Santa Casa in Loreta Monastery. This is the Church of the Nativity of Our Lord which was constructed in 1737 according to the design of Kristof Dientzenhofer. In the interior there are two skeletons of the Spanish saints Felicissima and Marcia.

Chapel of Our Lady of Sorrows

Visitors can admire the Chapel of Our Lady of Sorrows in Loreta Monastery. The lady was a daughter of a Potuguese king who should have been a wife of the Sicilian king. However, she did not want to be his wife. A night before the wedding she prayed to God and she woke up with a beard. The wedding was cancelled and she was crucified. Much later she became a patron saint of the needy and the godforsaken. 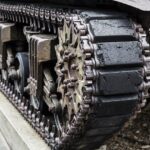