It is said that the popularity of the president of the Czech Republic rise after the Saturday’s incident of the Ztohoven artistic group which put a big red boxer short at the roof of the Prague Castle on the place of the presidential flag. According to the poll about forty per cent Czech citizens approve to this act.

What is the Prague Castle?

The Prague Castle is the seat of the president of the Czech Republic and the act should have mock the Czech president and formerly it used to be a seat of Czech kings.

More than fifty per-cent of responders of the poll took the incident as a joke and as an attempt to draw attention to the artist of Ztohoven themselves. The other half of respondents take it as the critics of president’s policy to communistic countries Chine or Russia. However, about thirty per cent people think that the deed violated the symbol of the Czech statehood – the presidential standard.

Prague Castle – What about the popularity of the Czech president?

A vast majority of them are convinced that the act will have no significant influence on Zeman’s popularity or that his popularity could even rise. Only one third of the respondents think that the Ztohoven should say sorry for the deed.

A few words about the group Ztohoven

The group named Ztohoven is also famous for its provocative deeds relating to the public affairs which we can see on Facebook: “the proper flag of a man who is not ashamed of anything finally flies above Prague Castle.” And the Presidential Office declared that Ztohoven deflated the state symbol. There are two opposite options on the issue. 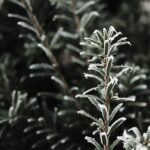 The soul of Prague Christmas market