When you are in Prague you should see the Changing of the Guard. This belongs to one of the symbols of Prague or Prague Castle guards.

The Prague Castle guards have been provided with uniforms and there are three basic types of them (a service uniform, dress uniform, battle dress which is identical to the one of the Czech Republic Army). Light blue uniforms can be seen in summer and dark blue in the winter. They carry a weapon.  They are armed with a Scorpio submachine gun with bayonet attachment.

Prague Caste Guards – When and where to see it?

Who can be a member a Prague Castle guards?

There are several requirements for admission of the members of the Prague Castle Guards. They must be between 1,78 and 1,88 meters high, their weight must be proportional to their height (in other words they must not have to be overweighed). No tattoos, piercings or earrings or other visible cosmetic defects are allowed as well as no beard of facial hair can be seen on them. Their health must be perfect and they are not allowed to wear glasses. A psychological evaluation is required for military service and for the members of the Castle Guard as well. 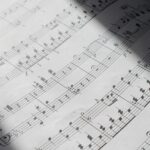 About the history of the Estates Theatre Prague