A modest man, a former stockbroker, Nicholas Winton saved lives of hundreds Jewish children from Nazi-occupied Prague. He was able to rescue more than 650 refugee children from their death in different concentration camps.  This is the way how a modest Englishman became a real hero.

There are more people who were rescued from Nicholas Winton

However, he saved lives of about six thousand people in the world and it can be said they owe him their lives and they are called themselves Nicky’s children. Nicholas Winton move the children to the United Kingdom on trains and he found them the foster family. For these deeds he was knighted by the Queen in 2003.

This real hero was given the Order of the White Lion from the Czech president Milos Zeman. When he celebrated his 105th birthday, he said: I am always surprised every time I come here to see all kinds of people who have come really very great distances to say hello.

A special Nicholas Winton Train set off from the Prague Main railway station on the 1st of September 2009 in memory of the train that was used in the 1930s. The same train who travelled to the capital of the United Kingdom, London, through the original Kindertransport route. Some of the surviving Winton children were on board and they headed to London as well to be awaited by Sir Nicolas Winton. The day was the 70th anniversary of the intended last Kindertransport which should be carried out on the 3rd of September 1939; however, it was halted by the breaking out of the Second World War. Therefore there is a statue of Sir Nicolas Winton at the main railway station in Prague.

Youtube video: Nicholas Winton – How one man changed the world 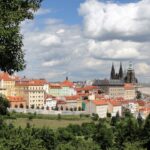 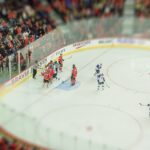