Thieves steal the licence plates from the foreigners’ cars

The weird practice of thieves with licence plates

The thieves rely on the fact that the scared foreigner cannot use the car and get back home. So they often pay the demanded money. The police recently investigate tens of similar cases. In a single day there were over thirty tourists who went to the Police station in Prague to announce this case. Most of them called the phone number which they found behind a window screen. The blackmailer demanded several thousand crowns or five hundred Euros. These are deeds of gangs from Eastern Europe and the people who are drug addicted.

The costs of licence plates

The thieves know the fact that the foreigners are not allowed to use the car without the licence plate and the other option for them is to use the towing service. Even the cheapest towing services’ cost is about eight to ten crowns a kilometre plus loading and unloading of a car.

What is advisable to act with licence plates? 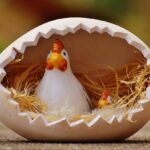 You will love top things to do in Prague in April 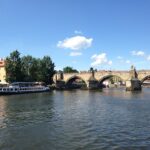 You will love beautiful June in Prague