Czech people are famous for many things and one of them is that they have a sweet tooth. Which are the most famous and the most typical Czech sweets in Traditional Czech cuisine?

At Christmas many Czech women bake beehive cookies which are delicious and they are made of walnuts.

However, pancakes for Traditional Czech cuisine are flat cake, which is thin and round and it is prepared on a frying pan. In our republic the pancake is fried on both sides of the pancake and then it is filled with jam, cheese cream, or chocolate.

Trdelník – its history and tradition

The other favourite cake is Trdelník which is originally a Hungarian cake and sweet pastry which originated in Székely Land, Transylvania. This is made of rolled dough which is wrapped around a stick and grilled. The top of trdelník is powdered by sugar, walnut, or cinnamon. In these days, trdelník is very popular with Czech people and also with tourist during cultural or sports events.

Chilled applesauce cake is refreshing during the hot day and is made of Opavia dětské piškoty, apples, apple juice, cornstarch, sugar and fresh mint. This cake is particularly popular in Traditional Czech cuisine with little children as it contains ingredients that are healthy and light.

The Czech cake or “koláč” is made of a large sweet yeast dough which is topped with pools of a sweet mixture. Rounded breads used to symbolise the sun, moon and female. Some people speculate that people used to spread povidla – prune butter on chunks of sweet bread to force the gastronomic experience.  Plum cake in Traditional Czech cuisine is also typical cake which has poppy seed or cheese as the topping. This food was easily produced even in ancient times. Modern toppings are apricot, blueberry, pineapple, or cherry. A recent innovation of the topping is known as posypka. 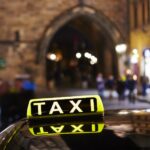 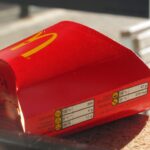