What currency do they use in Prague and Czech republic

The official unit of Czech currency is the Czech crown that is dividing into 100 hellers. What currency do they use in Prague and Czech republic? The Czech koruna replaced the Czechoslovak koruna in 1993 after the dissolution of Czechoslovakia.  Currency rankings show that the most popular Czech Republic Koruna exchange rate is the EUR to CZK rate.

What currency do they use in Prague – Coins

The Czech Republic uses coins in these values: CZK 1, CZK2, CZK 5, CZK 10, CZK 20 and CZK 50. The banknotes feature renowned Czech people on the obverse and abstract compositions on the reserve. Modern protective elements can be found on all banknotes.

What currency do they use in Prague – banknotes

The 20 Kc shows Premysl Otakar I and his seal on obverse and Crown on its reverse. The 50 Kc depicts Saint Agnes of Bohemia and the sacred Heart on its obverse and St. Salvator’s church ceiling /Part of Convent of St. Agnes of Bohemia in Prague) and ornamental letter A on its reverse. 100 Kc has Charles IV (former Czech king and Roman emperor who lived in the 14th century) and seal of Charles University on its reverse. 200 Kc is decorated by Johan Amos Comenius (the teacher of nations who reformed the education in Europe in the 17th century) on obverse and Orbis Pictus on its reverse.  500 Kc honours with Božena Němcová (who was famous Czech writer of the 19th century) and rose with Laureate woman symbolizing all woman characters in Němcová’s book. On 1000 Kc we can see František Palacký with uprooted tree and eagle spred its wings over the Archibishop’s castle in Kroměříž where a constitution preparing parliament of Austrian Empire was held in 1848 on its reverse. 2000 Kč shows great singer Emmy Destinn on its obverse and Euterpe and musical motifs like violin on its reverse. The 5000 Kc banknote is decorated by the first Czech president Tomáš Garrigue Masaryk and on its reverse there are Gothic and Baroque buildings with dominating St. Vitus Cathedral. 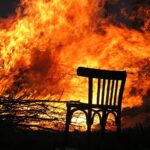 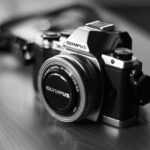