Where is Prague located? Geographical facts about the Czech Republic

The state’s politics is a unitary parliamentary republic. The number of inhabitants is a little bit over 1,2 million. However, the city of Prague has about one million residents. Its historical monuments, ancient and modern beauty attract the crowds of tourists every single day of a year. Prague stands for one of the most charming and fabulous city in the world.

Geographical facts about Prague – where is Prague located

Prague is situated in the western part of the Czech Republic which consists of three historical lands – Czech (which is located in the west), Moravia (in the south) and Silesia (in the northern part of the state). The capital of the Czech Republic lies on the Vltava River, at 50°05″N and 14°27″E. It is located in the centre of the bohemian Basin. Generally, it can be said that the city of Prague lies at the same latitude as Frankfurt (in Germany), Paris (in France), or Vancouver (in Canada). The Czech people only take pity on the fact that they do not have any sea. 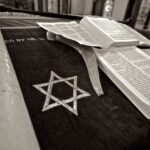 Transfer from Prague Airport to City ✈